Standing Up at Your Desk Could Make You Smarter

By Richard A. Friedman

Dr. Friedman is a contributing opinion writer and the director of the psychopharmacology clinic at the Weill Cornell Medical College. 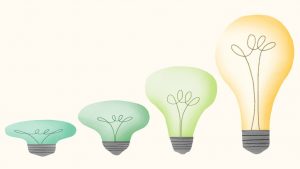 This is an odd admission for a psychiatrist to make, but I’ve never been very good at sitting still. I’m antsy in my chair and jump at any opportunity to escape it. When I’m trying to work out a difficult problem, I often stand and move about the office.

We’ve known for a while that sitting for long stretches of every day has myriad health consequences, like a higher risk of heart disease and diabetes, that culminate in a higher mortality rate. But now a new study has found that sitting is also bad for your brain. And it might be the case that lots of exercise is not enough to save you if you’re a couch potato the rest of the time.

A study published last week, conducted by Dr. Prabha Siddarth at the University of California at Los Angeles, showed that sedentary behavior is associated with reduced thickness of the medial temporal lobe, which contains the hippocampus, a brain region that is critical to learning and memory.

The researchers asked a group of 35 healthy people, ages 45 to 70, about their activity levels and the average number of hours each day spent sitting and then scanned their brains with M.R.I. They found that the thickness of their medial temporal lobe was inversely correlated with how sedentary they were; the subjects who reported sitting for longer periods had the thinnest medial temporal lobes.

The implication is that the more time you spend in a chair the worse it is for your brain health, resulting in possible impairment in learning and memory.

Of course, the study cannot prove that this link is causal. It’s possible that people with pre-existing cognitive problems might just be more sedentary. Still, the researchers screened the subjects to rule out major medical and psychiatric disorders, so this explanation is unlikely.

What’s also intriguing is that this study did not find a significant association between the level of physical activity and thickness of this brain region, suggesting that exercise, even strenuous exercise, may not be enough to protect you from the harmful effects of sitting.

This all puts me in mind of the Peripatetics, followers of Aristotle, who conducted their philosophical inquiries while strolling about the Lyceum in ancient Athens. Sounds as if they were on to something.

But what is it about walking — besides increased blood flow to the brain — that might facilitate thinking? Perhaps it’s the fact that you are constantly bombarded by new stimuli and inputs as you move about, which helps derail linear thinking and encourages a more associative, unfocused thought process.

I remember once forgetting the combination to my lock in the gym. Standing there naked, dripping wet and in a panic that I would be late to an important meeting, I tried one wrong combination after another. When that didn’t work, I walked around the locker room in a daze for a few minutes, came back to the lock and — voilà — opened it instantly.

Intriguingly, you don’t even have to move much to enhance cognition; just standing will do the trick. For example, two groups of subjects were asked to complete a test while either sitting or standing. The test — called Stroop — measures selective attention. Participants are presented with conflicting stimuli, like the word “green” printed in blue ink, and asked to name the color. Subjects thinking on their feet beat those who sat by a 32-millisecond margin.

The cognitive benefits of strenuous physical exercise are well known. But the possibility that the minimal exertion of standing more and sitting less improves brain health could lower the bar for everyone.

It’s also yet another good argument for getting rid of sitting desks in favor of standing desks for most people. For example, one study assigned a group of 34 high school freshman to a standing desk for 27 weeks. The researchers found significant improvement in executive function and working memory by the end of the study. (True, there was no control group of students using a seated desk, but it’s unlikely that this change was a result of brain maturation, given the short study period.)

I know, this all runs counter to received notions about deep thought, from our grade-school teachers, who told us to sit down and focus, to Rodin’s famous “Thinker,” seated with chin on hand.

They were wrong. You can now all stand up.