A Conversation with Liz Astrof, author of Don’t Wait Up: Confessions of a Stay at Work Mom! | Northern Westchester Moms

A Conversation with Liz Astrof, author of Don’t Wait Up: Confessions of a Stay at Work Mom! 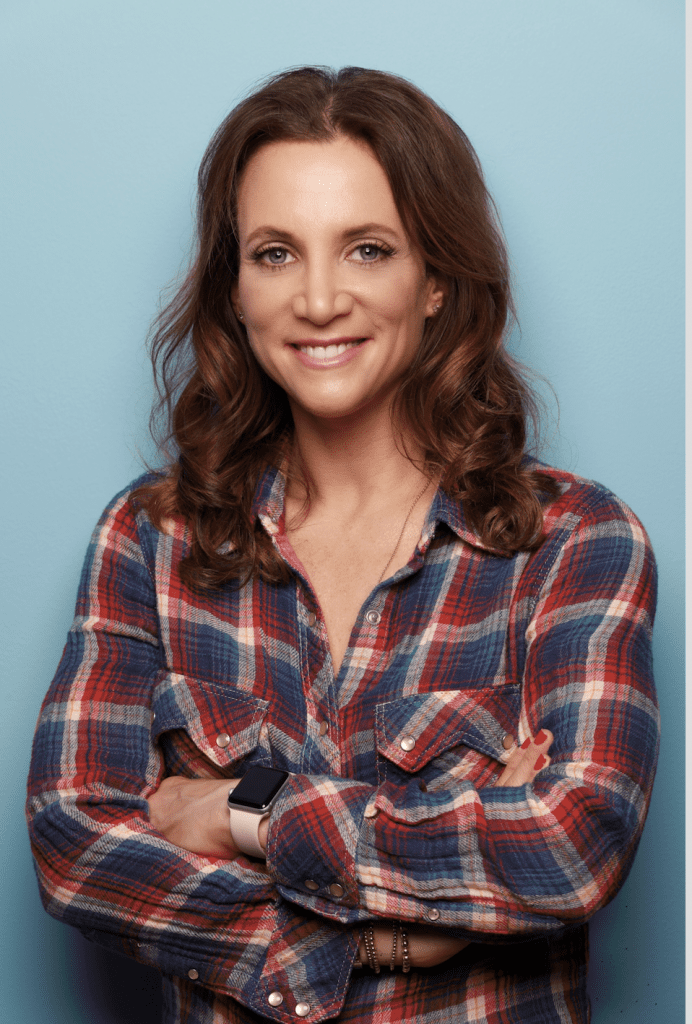 Television producer and writer Liz Astrof has forged a successful career behind the small screen, bringing her talent to shows like King of Queens, 2 Broke Girls, The Connors and Whitney. She’s also mom to two kids, a daughter, 10, and son, 12. She’s candid about being more comfortable in her first role, in part due to her own dysfunctional childhood, and shares it with equal parts wit and gravitas in her new book, Don’t Wait Up: Confessional of a Stay at Work Mom, out yesterday from Gallery Books, an imprint of Simon & Schuster. The book project came at a time in her life when, like many working moms, she was ready to pivot and try something new. “I just finished working on Whitney and I really wanted to write something that was different…and mine. It was right before I did 2 Broke Girls. I wanted to tell stories of my childhood and took an UCLA extension class in essay writing. I worked with a great professor, met with an agent and realized all the essays went back to motherhood, being a writer, being a working mom and my mom or lack of one,” says Liz.

Humor has been her lifeline as a mom: “That’s my coping mechanism. I can’t take things too seriously or my head would explode.” She recounts one moment when her kids were young, that will be all too familiar to many readers: “We were in the car and my daughter was a newborn. She had colic and my son was two and they both started scream crying. One baby is crapping on you and the other is projectile vomiting…He has sensory stuff and at the time we didn’t know that. I looked over at my husband and said ‘Are you happy? This is it…we’re in it!” recalls Liz. 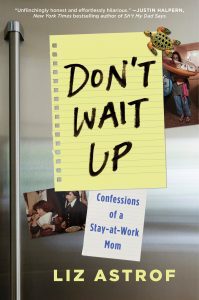 Sharing her reality of being “in it” is something that the writer hopes will make other moms feel like they’re doing a good job even when they feel like they’re falling short. “I’ll be up at two in the morning looking at happy families that look like even the babies have makeup on and I feel like I’m failing,” says Liz, who has never been one to feign perfection. “I think my kids have been really healthy because they’ve been eating off the floor since they were born. I would say ‘Here, hold them’…to the UPS guy. People are horrified. I let them drink out of plastic…We’re just trying to make it through the day,” she shares.

Her biggest “admission,” of course, is staying away from home a little longer she needs to. “I work a lot, and I kind of pretend I’m at work a lot and go to yoga after work and I’m the only mom in a class of UCLA students,” says Liz. Her reasons are complicated, and that’s where the book delves into her childhood. “When they were younger I was scared to be alone with them…thinking they’d be in better hands with their nanny so I thought, I’ll stay at work and support them that way, but I do actually wind up spending a lot of time with them,” says Liz. So what makes this “stay at work” mom feel like she’s doing her “mom” job well?

“I show up for everything—always. That instinct to know what they need always surprises me and that make me feel most like a mom,” says Liz, who adds that she’s also there for them emotionally, which wasn’t her own experience as a child. “They will never be lacking in affection and they know they are so loved. I over buy them things because I want to know that their feet will never touch the top of their shoes and I constantly check the tread,’ she says. 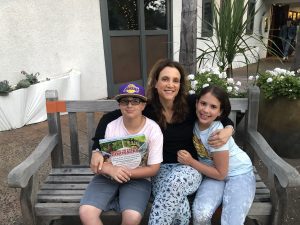 Along her path, she’s relied, like many of us, on fellow moms that “get it”. “I get a lot of advice, particularly with the female writers I’ve come up with because I don’t trust my mom instincts,” says Liz. She’s also prioritizing her family, despite the title of her book. “Men don’t understand when you have to leave. I’m developing [shows] a lot because of that. My son has a lot of special needs and needs me to go to things and I make it happen—and that shocks me. I was on a show last year, The Connors, and these men were there at 9 o’clock at night for no reason. I was like, ‘I need to go’,” says Liz, who wants to create a show focused on hiring women. Her experience with 2 Broke Girls great fit because she was working with fellow working moms doing the same. Says Liz: “They trust that you’re going to get it done.”

This post first appeared on The Local Moms Network.