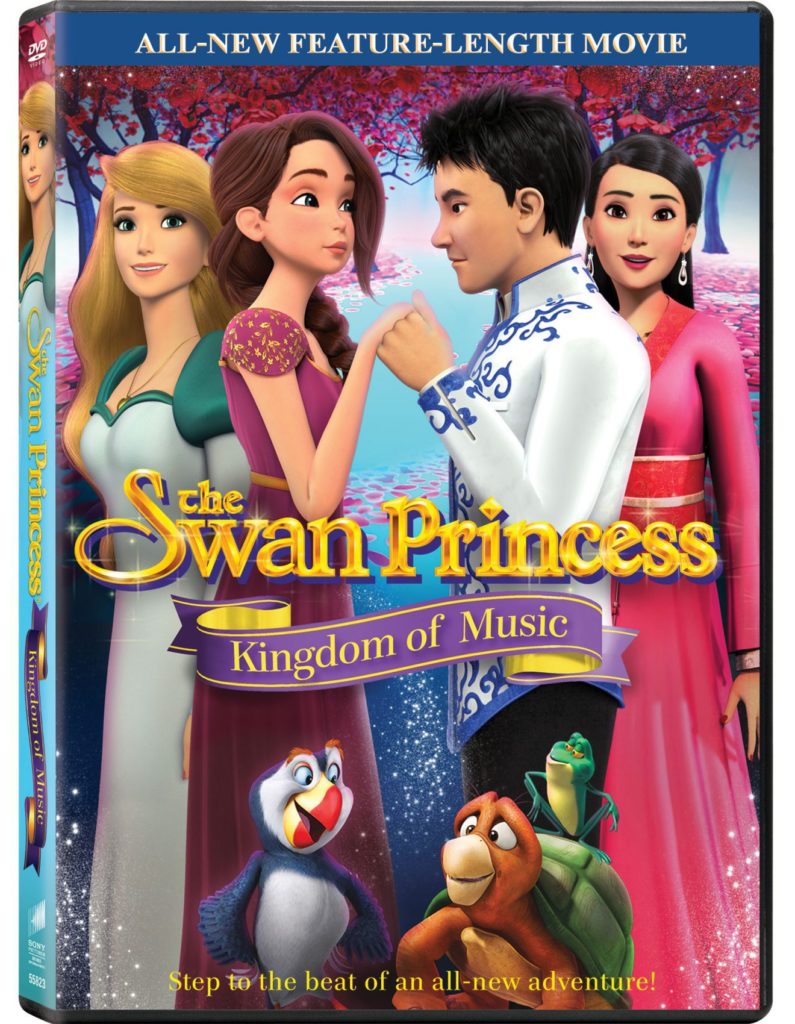 Family movie night is a staple in our house. While we love running around and checking out the cool activities in and around Westchester, there’s nothing like spending time at home with the kids, especially after our long (and very busy!) summer days.

We recently enjoyed a screening of the new movie The Swan Princess: Kingdom of Music, the ninth installment of the beloved animated film series, which also coincides with the celebration of the 25th anniversary of the animated classic, The Swan Princess.

In this new film, the beloved princesses are back in a musical adventure where Princess Odette is hosting a music competition to celebrate Princess Alise’s birthday. The hopeful young princess is a lover of music, especially her harp that she happily plays whenever she can. For her birthday, a group of talented finalists come to the island, including Prince Li of Cathay, who Alise doesn’t quite hit it off with in the beginning.

There is also a fun side story in the movie with Mei Li (Prince Li’s sister) and Chen Li and Derek and Odette who are trying to help break the curse with the help of animals and spells.

Through it all, the movie is filled with light-hearted banter and fun music and dancing that was especially amusing to watch as laughed along with post-singing judgement from the frog.

A fun movie filled with music and celebrates the power of love is a welcome addition to the beloved movie we all know and love with a modern, new spin.

The Kingdom of Music DVD also includes an interactive sing-alongs featuring two all-new toe-tapping tunes from the film and a behind-the-scenes featurette that explores how the world and characters of the film were brought to life.